What You Should Know About Malignant Melanoma

What You Should Know About Malignant Melanoma 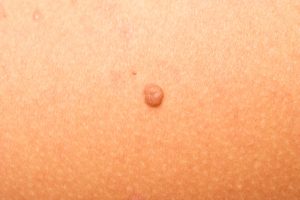 As a podiatric physician/surgeon, I have encountered various lesions that occur on the feet and legs. The vast majority of these lesions are benign; however, some turn out to be malignant melanomas.

Some examples of benign lesions that look like malignant melanomas include nevi (moles) which present as pigmented skin lesions.

The ABCs of malignant melanomas are:

The incidence of malignant melanoma has increased over the last few decades. This increase could be attributed to the increase in biopsies performed by physicians as well as an increase of ultraviolet radiation secondary to atmospheric changes.

Melanoma of the feet and legs accounts for approximately 30 to 35 percent of all melanomas of the skin. If physicians diagnose melanoma at the early stage, it is thought to be curable by complete excision. As a melanoma grows and extends deeper into the skin, it becomes more serious and may spread through the body by the lymphatic system and blood vessels. Once a melanoma becomes invasive, survival rates decrease in direct proportion to the thickness of the lesion. Malignant melanoma, can and will result in death if they are inappropriately treated or go undiagnosed; therefore it is important to check the feet and legs, as well as the entire body, for skin lesions.

Given the potentially lethal consequences of malignant melanomas, it is vital to have the lesions biopsied whenever there is doubt. The earlier one detects skin lesions and facilitates an accurate diagnosis, the better the chances are for a good outcome.

About the Author: admin