Praya Mam, DPM* and Ebony B. Lewis, DPM* of American Foot and Leg Specialists
wrote an article that was published in the September/October 2014 Journal of the American
Podiatric Medical Association. The article was written based on one of their patients who
experienced a growth on her left big toe and the steps they took in diagnosing and treating
her condition.

Fibrolipomatous hamartoma is a rare benign tumor characterized by a growth of fibrous and adipose
tissue that attaches to the nerves in the area of growth. It is most commonly found in the upper
extremities and rarely involved in the foot and ankle. In this case, the growth was discovered in
the large toe of a 25 year old female patient. Magnetic resonance imaging (MRI) demonstrated a
solid tumor mass. The type of mass could have been malignant or benign. Surgical excision revealed
a fatty, fibrous, well-demarcated, encapsulated, solid soft-tissue mass.

When the female patient first came to the American Foot and Leg Specialists, she showed the doctors her swollen left big toe. She stated that her toes had always been the same size until about two years prior to coming to American Foot and Leg Specialists. After it first began swelling, it continued to increase in size and had become very painful, especially when trying to wear closed toed shoes. The patient reported no past injuries but did state that her family had a history of fibroids, heart problems, and sickle cell anemia. Otherwise, the patient was in good general health.

There has not been a set standard of treatment involving large toes which have developed fibrolipomatous hamartoma, and therefore each individual case needs to be treated on an individual basis depending on the severity of symptoms. Due to enlargement of the mass and clinical symptoms of motor and sensory deficits, it was recommended that surgery should be performed to remove the mass. Many physicians may suggest not performing surgery because of the possible permanent sensory and motor damage. In this case, the patient sought treatment due to pain and difficulty wearing shoes. Because the involved nerve was purely sensory in nature, the decision was made to carefully dissect and excise the mass along with the attached nerve.

The patient was very pleased with the outcome of her surgery with very minimal sensory deficit in her big left toe. Dr. Mam and Dr. Lewis believe that patients with symptomatic fibrolipomatous hamartoma of the toes are viable candidates for total surgical excision of the tumor and the involved nerve. 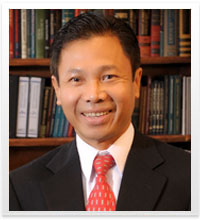